In June, several Olympus employees set out for the fourth time in succession by foot from Hamburg to Rotterdam. During Roparun 2017 they collected more donations for people with cancer than ever before.

560 kilometers by foot from Hamburg to Rotterdam and collecting as many donations as possible to help support cancer sufferers – that’s the declared goal of the Roparun charity run which yearly takes place since 1995. With its starting number 224, the Olympus team took part once again and managed to raise a record amount of donations.

Add life to the days, where often days can no longer be added to the life

321 participating teams could together collect a total donation amount of over 5,000,000 euros at Roparun 2017. The funds are collected for cancer patients, true to the motto “Add life to the days, where often days can no longer be added to the life.” and transferred to the Roparun foundation. It supports several healthcare-related organizations in this area, such as the Kinderkrebs-Zentrum Hamburg e.V. (children’s cancer center).

The Olympus team, comprising colleagues from Olympus Netherlands and Olympus Germany, set out for the fourth time in succession by foot from Hamburg to the second largest city in the Netherlands. After arriving in Rotterdam, it was soon clear that the efforts had been rewarded more generously than ever before: over 39,000 euros had been raised – a record for the Olympus team! The money was collected in various ways: through sponsors, by organizing charity auctions or selling “Stroopwafels” (Dutch caramel waffles) in the lead-up to the run. The total figure does not even include the 3,000 euro donation that was handed over by Olympus to the team in early April 2017 in Hamburg.

“The team spirit was phenomenal right from the beginning and the mutual support within the team was upheld throughout the entire run.” Menno Vonk, Team Captain

Due to the prevailing weather during the run, conditions this time could again be described as being rather challenging. But it will nevertheless remain a very memorable Roparun as Team Captain Menno Vonk, Sales Support for Medical Systems at Olympus Netherlands, explains: “Usually there’s a bit of a lull in the team after the first days. The exertion and lack of sleep make it quite natural for the strain to show. But not this time. The team spirit was phenomenal right from the beginning and the mutual support within the team was upheld throughout the entire run.” High-fives and team selfies ensured a great atmosphere within the group. Menno adds: “A big thank-you goes out to the entire team from me, but also in particular to all those who made a donation or supported us along the way.”

Here are some impressions of the Roparun 2017! 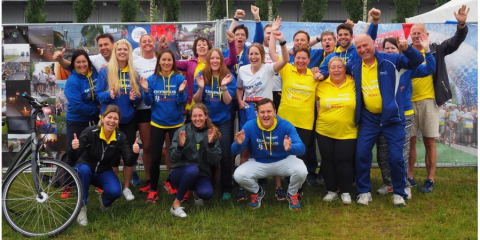 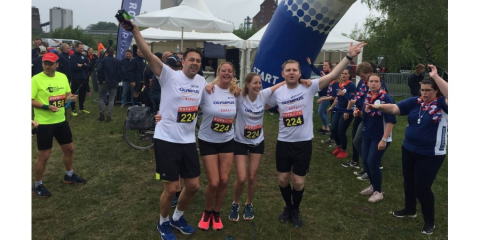 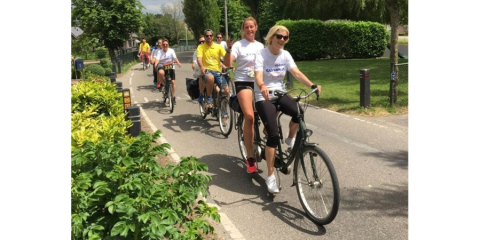 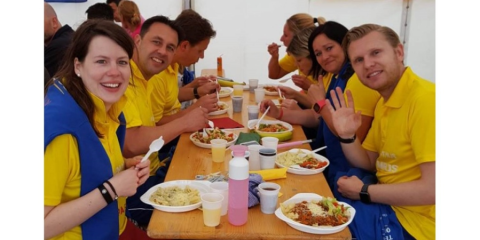 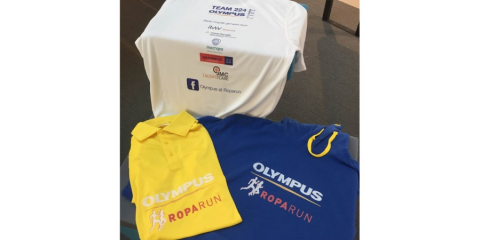 The 2017 Olympus team, made up of runners and helpers.

Four out of the eight runners.

Further supporters of the Olympus team.

An especially moving moment for everyone was experienced when passing the Daniel den Hoed Family Home belonging to the Erasmus MC Cancer Institute in Rotterdam. Here, patients live together with their relatives while undergoing treatment. “Some members of the institute staff and even a number of patients in their hospital beds were outside to cheer us on and to thank us for the support. It is particularly in such moments that one realizes that the donations won’t heal the people, but will at least help make the days that still remain more enjoyable,” reports Menno.